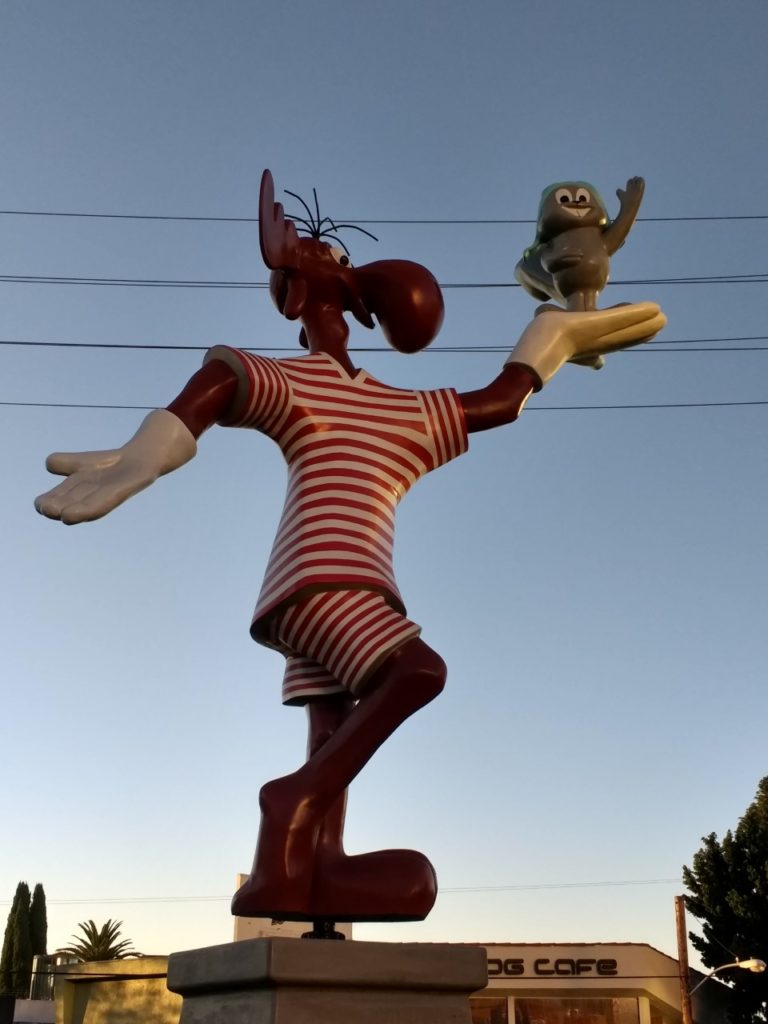 President Donald Trump yesterday ordered troops into Hollywood, California to protect the beloved Rocky and Bullwinkle Statue on the Sunset Strip. The statue has been targeted by a coalition of radical groups for destruction. “Rocky and Bullwinkle were my favorite cartoon characters when I was young,” said the President, “and I’m not going to stand by and see their precious memory destroyed by a bunch of crazies.” 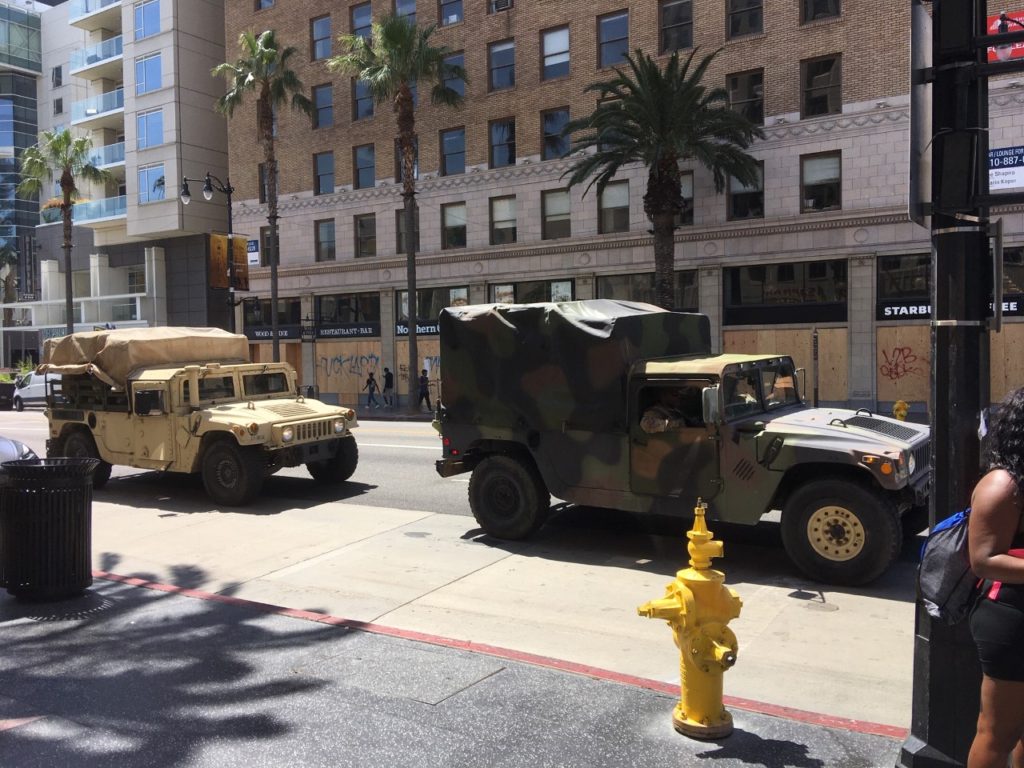 Just which group is behind the terror campaign against the statue is unclear. It could be an alliance of several splinter groups. First there’s the Russians. Trump said he used to laugh out loud at the bumbling Russian spies in the cartoon. “All of us kids used to howl at the goofy Russians, Boris Badenov and Natasha Fatale,” he said. “These cartoons prove that there was no collusion between my administration and the Russians. They are so incompetent that there is no way they influenced an American election.”

President Putin of the Russian Federation was contacted for comment. His office released a communique saying that the show “The Adventures of Rocky and Bullwinkle” was a slander against the former Soviet Union. “The portrait of Soviet spies as bumbling idiots is just American propaganda. After all, our brave spies stole your Atomic secrets, the biggest spy coup in history,” said the officials. These statements lead some senior Trump Administration national security officials to suspect that Russia is secretly funding and encouraging the “take down” of the controversial statue of Rocky and Bullwinkle.

Another group suspected of involvement is a shadowy network of ex-Scientologists, who call themselves the Legion of Ron. “We are against all squirrels, be they human or animal,” one note said that was pinned to the base of the statue. A spokesman claiming to be a “real” Scientologist said that the Legion of Ron could be a “Legion of Squirrels” themselves. L. Ron Hubbard, the founder of the religious group said that those who try to use his teachings but are not in the Church of Scientology are “squirrels.”

A third group, known as Antifa Artists Against Statues of All Kinds, is composed of disenfranchised sculptors who say that their work is ignored and only a very few “elite” sculptors get fat commissions for their work. “We are going to tear down every statue in the world and then start over. We are going to send all the fat-cat, skinny moose, and tiny squirrel sculptors to their doom and then the public will be forced to deal with our group,” they said. The police have placed a high-priority watch on this group. They are seen in videos going around the country and pulling down any statue that they can find. “It is mindless destruction,” said William Roughbarn of the Police “Radical” Squad, known as The Ragged Edge Cops. “We have warrants for their top leadership. We think they are hiding out in Pottery camps.”

In addition, the Trump Administration is looking into the finances of the Disney Company. “Disney owns some of the fake news outlets who are always attacking me.” said President Trump. “That’s why their news is so Mickey Mouse.”

A Trump Administration official, speaking on the condition of anonymity, claimed that they have documents and gossip showing that the Disney company is secretly funding some of the groups. Disney has long been fighting Rocket J. Squirrel as their main enemy in the world of cartoons. Disney insiders consider Rocky and Bullwinkle to be anti-Mouse, and they will do anything to get them out of the way. The Squirrel and Moose people are suspected in many instances of slander against Mickey Mouse, the Disney mascot. The previous campaign by various cartoonists who are allied with Rocky have infiltrated Disney and done things to diss the mouse.  Their most successful smear campaign a decade ago was “Moose Over Mouse, Your Duck Is Being Squirreled.”

The troops, who have arrived to protect the statue, have parked their vehicles and tanks in private area garages, so as to keep a low profile.  They have set up sniper positions on the rooftops surrounding the statue, which looks out over the Sunset Strip.

“The weird thing about this statue,” said a local resident, on condition of anonymity, “is that sometimes on a hot summer night, Rocky the flying squirrel can be seen soaring up and down over the Sunset Strip.  I swear it’s Rocky, saying hello to all down below, laughing and having a ball.”  The Mayor of Hollywood, Gertrude Pennypoop, upon hearing that, ordered the City to run a test on the City’s water supply, to make sure there are no psychedelics present.