Scientists Discover Medical Masks Treated With A Mind-Control Substance That Works As A Subliminal Chemical! 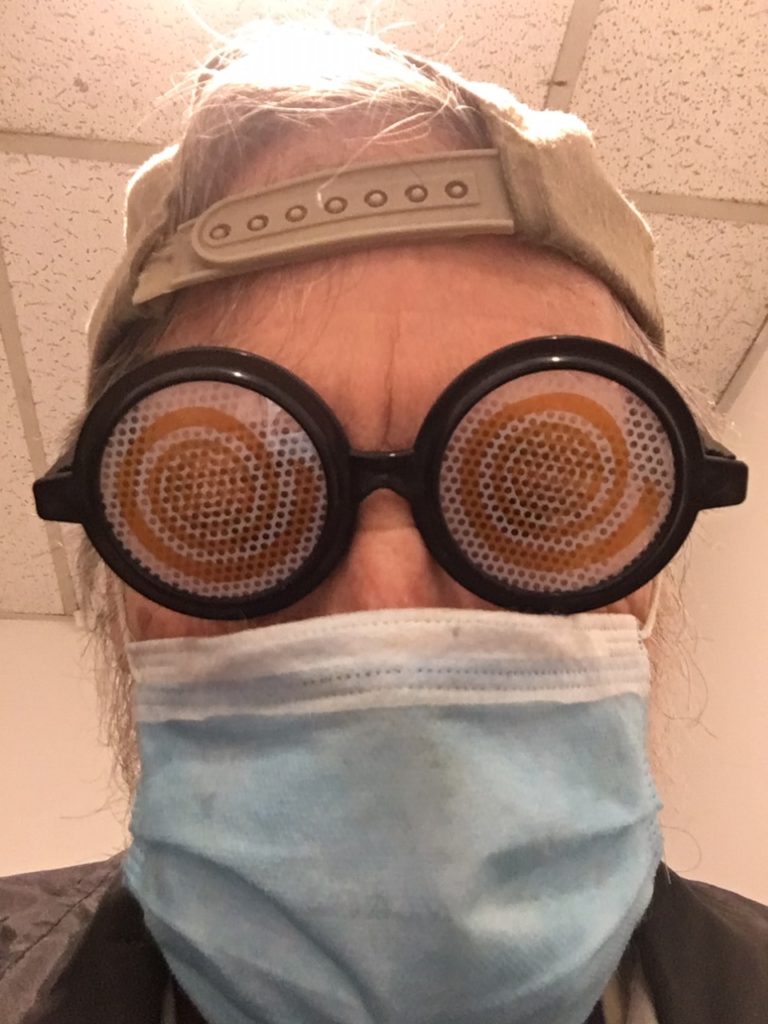 A team of Serbian doctors and scientists from the Institute of Advanced Subliminal Studies in Belgrade, Serbia, have made a startling discovery.  Medical masks imported from China have been sprayed with a mind-control substance that delivers a punch that is more insidious than anything ever seen before.

“This is unbelievable,” said Dr. Vladimir Spookovsky, lead scientist at the Institute.  “The masks, possibly millions of them, have been sprayed with a chemical that is meant to affect the person who puts it on.”  People put on the mask in order to be safe from the Covid 19 virus, and instead, according to the scientist, are being influenced subliminally by a chemical that will make them do something that they would not otherwise do.”

The scientific team has been working for months to identify the chemical that is used on the masks, and have finally isolated it.  “This is a similar task to that of tracking down the Corona virus.” Said Dr. Spookovsky. ” We found this insidious chemical to be the same as that found in New Car spray cans.”  A very small amount was sprayed onto each mask.  “The idea,”  said the scientist, “is to make anyone who puts on the mask and takes a couple of breaths to subconsciously want to go out and buy a new car.”

Boosting car sales through subliminal scent sprayed on medical masks.  This is not the brand sprayed on the masks, but a similar one.

The head of the Automotive Advertiser’s Co-op Bureau, one of the largest in the industry, was shocked to hear about the findings.  “Let’s face it” said Mrs. Henry Ford XVIIth, “Everyone knows that the new car business is in a slump because of the Covid 19 virus.  Although subliminal scent merchandising is not illegal, I don’t know who would do such a thing.  It is obviously meant to influence folks to run out and buy a new car.  Everyone loves the smell of a brand new car, and by spraying the masks, it is intended to boost sales.”

Contrary to popular belief, it is not illegal to use subliminal advertising in America, although it is considered unethical.  However, using advanced chemical scent to boost sales has never been done before, as far as is known. Dr. Spookovsky said that it is impossible to determine exactly when or where the chemical was sprayed on the masks.  “We suspect that someone in a mask factory in China, wearing a mask to hide his or hers identity from tightly controlled manufacturing plants, inserted the spray at some point in the manufacturing process.  “It had to be carefully done,” said the scientist, “because if they had used too much of the spray it would make a person sick and fling off the mask.  It was a brilliant operation.”

We are checking with various automotive companies to carefully compare the sales charts and see if a certain brand, like Toyota, suddenly has a huge sales spike.  This insidious plot may be just the first instance of many that may surface in the future.  Certain scents surreptitiously sprayed may make folks go out and do other things.  A scent of new carpet could spur house sales.  Flower scents could cause folks to go splurge on buying flowers at the markets.The scent of popcorn could make people want to go to a movie theater.  A sex scent could really cause havoc, especially if it got into religious institutions.    The list is endless.  We are trying to contact medical mask factories in China, but have not heard back from them.

But the worst news is still to come.  We have learned that certain scientists are conducting experiments to learn the effect of scents on animals.  Their basic instincts could be highlighted and this could lead to real mahem.  It would be like catnip but much, much worse.  And we certainly don’t want to see animal to human transmission.