Old BigFoot Toy Is Not Only Psychic But Walks Around The House At Night While Family Is Asleep! 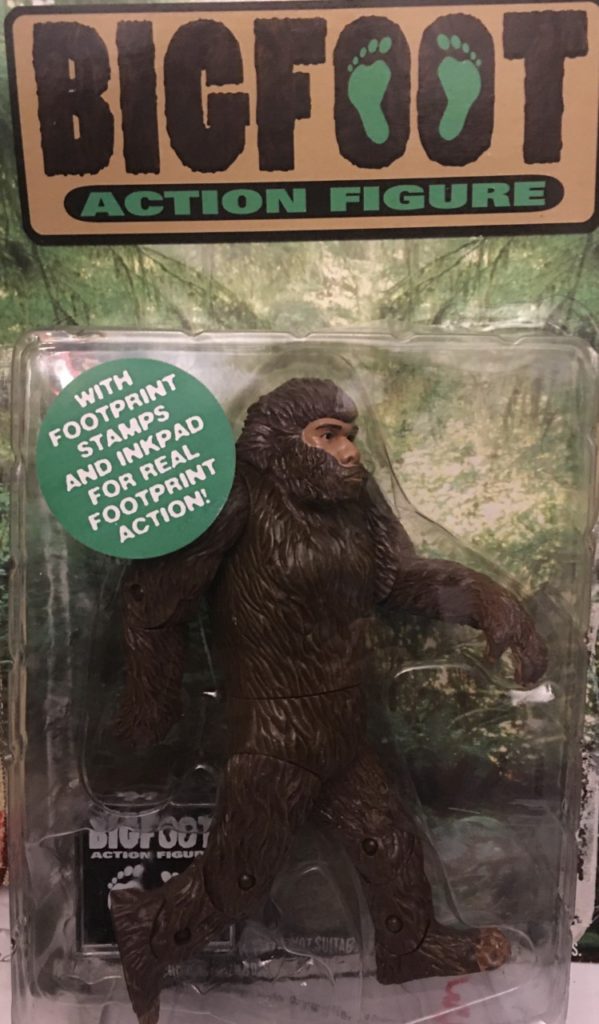 When Mr. & Mrs. Beauregard Stickpan of Seattle went shopping at a local thrift store for a few toys for their 9 year old son to play with while at home due to the “Rona” pandemic, they had no clue as to the nightmare that awaited them.

“Our son, Butch, spotted this old toy, a plastic figure of a Bigfoot,” said Mrs. Stickpan.  “He watches all these shows on TV and his computer and is fascinated by the Bigfoot legend.  He really flipped out over this toy, so we bought it for him.”

The Stickpans took the toy home and let Butch place it in a prominent position on his small bookcase.  That very night is when the horror began.  “In the middle of the night, Butch started screaming out,” said Mrs. Stickpan.  “We rushed into his room and found our terrified child hiding under his bed.  He told us that the Bigfoot Statue was making loud grunting sounds at him.  My husband inspected the toy,, which is just plastic, and told Butch that the toy has no way to talk, it is just a plain old plastic toy. Mrs. Stickpan told her son that maybe what he had heard was just his father snoring in the next room.

“But that didn’t satisfy Butch,” she said.  “He absolutely refused to get back into bed with the toy in his room, so my husband Bo took it into the living room and put it on the mantle.  Little Butch went to sleep and everything was fine for the rest of the night.”

The very next morning, Mrs. Stickpan was in her small kitchen making breakfast, when she noticed something on the floor.  Leaning down, she saw tiny footprints all over her kitchen floor.  “I followed the footprints and they went back into the living room and stopped at the mantle where the Bigfoot toy was,” she said.  “Evidently, the Bigfoot was prowling around the house that night, and went into the kitchen, where he stepped into the cat’s food dish and got some of the mushy cat food on his feet, which he then tracked around the house and back to his place on the mantle.” 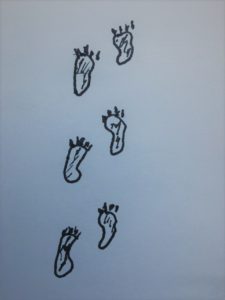 The thought of this plastic toy coming alive at night and wandering about the house was terrifying.  She was afraid to go near it, and asked her husband to throw it out.  Bo agreed to get rid of the toy before the next trash pick-up, even though his son Butch liked to sit in the living room and stare at the toy for hours.

A few nights later, another amazing incident occurred, this time to husband Beauregard “Bo” Stickpan.  While deep asleep, Mr. Stickpan started to have a lucid dream.  The Bigfoot appeared to him in his dream, demanding that he get up and go into the living room, as the Bigfoot had something to say to him.  Mr. Stickpan got out of bed, and walked into the living room, standing before the mantle where the Bigfoot had been placed. Meanwhile,  Mrs. Stickpan suddenly woke up and noticed that her husband was gone.  She pulled herself out of bed and after determining that Bo was not in the bathroom discharging some of the six pack of beer he had guzzled earlier in the evening, she eventually found him standing in the living room in front of the Bigfoot toy, in a hypnotic state.

At that moment, Mrs. Stickpan, heard a loud noise outside.  She glanced out the window and saw a man trying to steal the tire off their 1990 Ford pick-up truck. She shook Bo and screamed at him to wake up.  “Someone is stealing our tire,” she shouted.  Bo woke up from his hypnotic state and ran outside, chasing away the tire thief.

The Bigfoot toy had evidently noticed the thief through the window, and had been trying to communicate with Bo via Psychic mental telepathy.  “The Bigfoot woke me up and was trying to tell me to look out the window,” said a flustered Bo Stickpan. I couldn’t quite make out what his grunts were all about, but luckily my wife came out and saw the thief through the window.  “That Bigfoot feller saved me from havin’ to buy a new tire and rim,” he said.  “I was goin’ to pitch that toy out into the trash, ’cause it scared the livin’  b’Jesus out of my boy, little Butch.  Now, Bigfoot’s part of our family.” 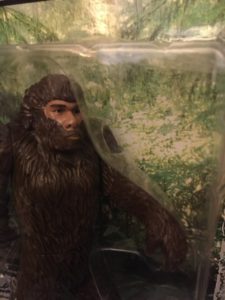 Latest member of the Stickpan family.

The Stickpans  have agreed to keep the toy and try to learn his language.  “We’ve grown accustomed to Bigfoot,” said Mrs. Stickpan.  “Although we haven’t seen our cat in two weeks.  I guess kitty didn’t like Bigfoot walking through her food bowl.”

Seattle is once again such a happy place.