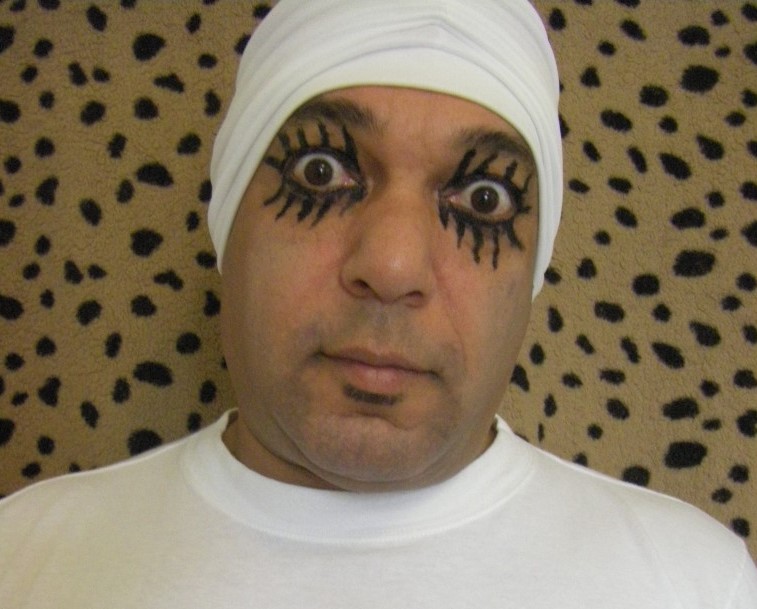 Swami Anaconda Bananarama Predicts
The World Famous Swami, author of several metaphysical and philosophical books, has issued his predictions for the year 2021. Some of the revelations will be shocking to the general public, but the Swami holds nothing back. As he has said many times in his lectures and teachings, “Why?”. He has also stated “Why Not?”

The Swami Bananarama (pronounced “Ba-na-na-Ra-ma”) received his training in secretive Hindoo Temples located in the misty mountains of the Hindoo Kush. It was there, in 1932, that he studied intensely under the master of the unknown, the Great Swami Kudabux, world renowned for walking on hot coals and fire pits. Kudabux, a master magician, as well as a student of the occult, imparted much wisdom to Swami Bananarama. “Not only was he my best student, but he was my only student. He survived the 3 year trip up the mountains of the Himalayas to my secret Temple. On this trip 72 Sherpas died of various falls and frostbites. Bananas – his nickname at the Monastery – was a survivor and a man filled with courage. He made it by guzzling enormous quantities of Sherpa tea made from distilled Scotch Whiskey and the ground balls of Himalayan baby Rams. It fortified him, and why not?” he said.

Here are the startling predictions from Swami Bananarama for the next year:

1.   Presidential nominee Joe Biden will never finish his term of office. He will move to Muncie, Indiana and pursue a career he has dreamed about his entire life: driving an Ice Cream Truck.

2.  The U.S. Dollar will suffer a complete collapse in 2021, as the government has printed so much money that it is basically worthless. Bitcoin will become the new official currency of the United States. And why not?

3.  The so-called virus Covid 19 will eventually kill everyone over the age of 10 in the United States. Washington DC will be empty, but on the bright side, playgrounds will be packed.

4.  Mark Zuckerberg will be exposed as an Alien-Human Hybrid, placed in one of Elon Musk’s new rockets and shot back into outer space. He will, however, be allowed to keep his twitter account to pass the time and argue with Donald Trump.

5.  “Mr. Novak” an old television show about a high school teacher in Los Angeles, will become the most popular show in television history. Since the Rona virus closed down schools forever, the TV show gives kids a nostalgic look at how things used to be. And as we know, the most important thing is to be, and to have been.

6.  The new Harris Administration will pass a law that all citizens must have an M-98 mask surgically and permanently sewn on their face. No mouths, from whence the dreaded Rhona spews out, will ever be seen again. A lawsuit will be filed by the Dental Association, asking for 200 billion bitcoins in damages.

7.  Comedy clubs will file for bankruptcy. Humor cannot be expressed without wild laughing and hooting, so a masked audience of muffled grunts will lead to a shut down of comedy as a useless annoyance. “Why bother to Laugh?” will say President Harris. Swami Bananarama agrees, and adds also “Why bother to Fart?”

8.  California’s new Bullet Train to Nowhere will become a tremendous hit. It will run from Los Angeles to Napa, stopping at Gov. Gavin Newsom’s Plumpjack Winery, where free wine and French Bread will be served. Social distancing will be temporarily suspended for this event.

9.  Current VP Mike Pence will return to Indiana and become a Truant Officer. He will arrest Ice Cream peddler Joe Biden for “abnormal and frequent” sniffing of the hair of young girls.

10.  At the end of 2021, the last of 30,425 vote recounts in Michigan will re-instate Donald Trump as President, allowing him to return to the White House from the Senior Care Asylum where he has been held.