Many fans dressed up in elaborate costumes. The zany outfits ranged from zombie looking dorks in white face-paint and ripped T-shirts to Batman wan-a-be’s in full-blown body armor. They all seemed to be having a ball hamming it up and mugging for photo-ops. Rather than a convention all about buying and selling comic books, these events have morphed into giant Halloween swap meet parties 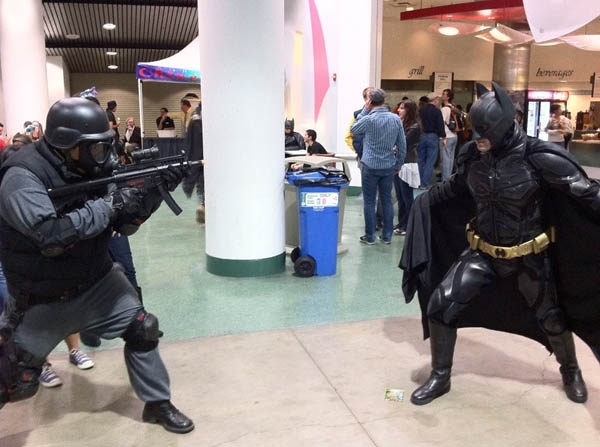 Stan Lee arrived around noon and the line to get his signature was nearly two hundred people. At fifty five bucks to get his autograph, I don’t think he will die in dire poverty. After waiting almost an hour in line, it was finally my turn to meet the legendary super-hero writer. I got up to the booth and handed my ticket to his helper and then presented my prize piece. 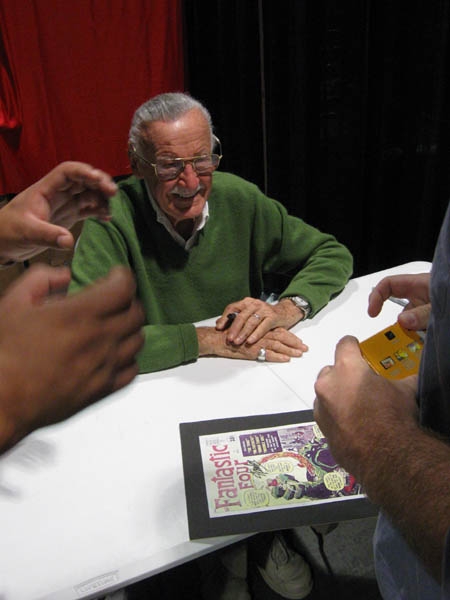 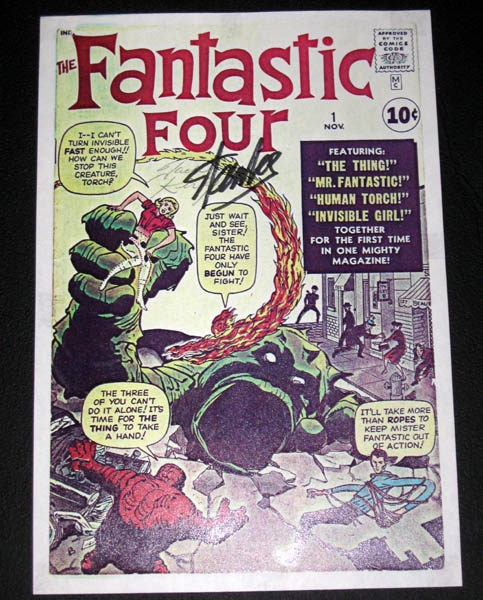 Well, I would like to think that he’s getting old and can’t see very well, but there’s also part of me that wonders if it was not Stan’s way of telling Jack that he’s still number #1.

Alert!  Alert!  Stan Lee is coming to COMIKAZE at the Los Angeles Convention Center on September 15-16th.  Guests include Todd McFarlane, Elvira and many more.  If you have a signed piece you would like Stan to sign his name on top of, bring it along!,,.Holy smokin’ pen, Batman, I waz just kidding!