The Day I Met Stan Lee

All Photos by Bill Nelson

Yesterday, I went to my first comic con in many many years. It’s really incredible to see how different these conventions have become. Back then, when I was a kid, it was just a combination of chubby teens and geeky looking adults with wish lists, roaming around a room full of dealers, trying to fill out their favorite super hero collections. Also, there would be a few artists peppered among the tables signing their work or doing sketches. I remember once when I was eight years old and I begged my father to take me to meet the legendary artist Jack Kirby. Jack was signing color copies of covers from many of the comics he had drawn over the years. The copies were matted on thick black card stock, which made it really stand out . I think he wanted four or five dollars at the time and I was more than willing to turn over all of my allowance for one of the nifty pieces. But, it was so hard to pick just one because I was such a fan his early work. After many moments of pre-pubescent pondering, I picked my favorite, The Fantastic Four number one. 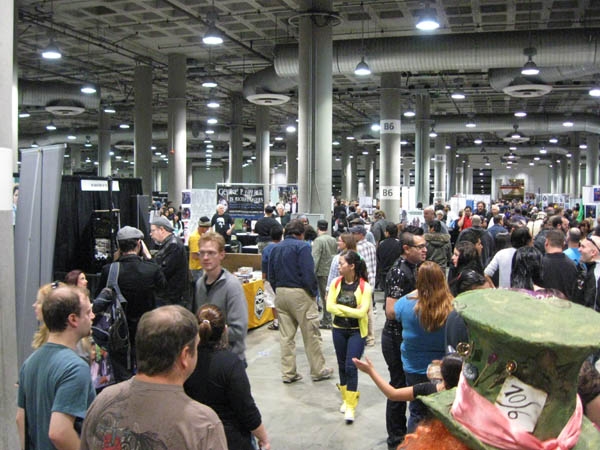 The comic shin-dig this weekend was called the Comikaze Expo and was held in the Downtown Los Angeles Convention Center. What spurred my interest in attending was learning that Stan Lee, the co-creator of The Fantastic Four as well as many other classic Marvel titles, was going to be making an appearance. After thirty years I still had that autographed memento signed by Kirby, and I thought to myself, wouldn’t it make a nice addition to have Stan’s signature as well.

Man-oh-man, conventions have grown and mutated from a room full of comic book readers & dealers into a new era of Sci-Fi & Horror fandom. The hall was jammed packed with all sorts of vendors selling weird clothing, people gaming and even dudes getting tattoos. There were some TV & Movie celebrities signing autographs including Ernest Borgnine, Tippi Hedrin and the Horror Hostess Elvira. 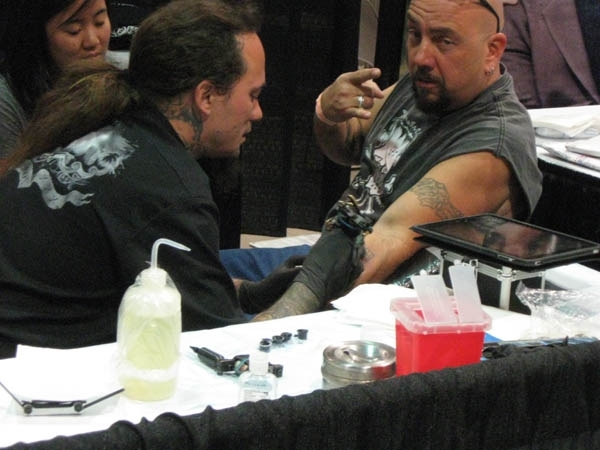