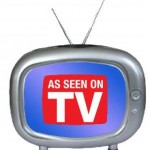 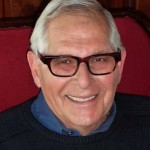 Sam Bobrick, award winning playwright who from the late 1950s to the 1990s wrote for scores of television shows.  Click here to go to his website for a list of his shows and his biography.  He says about his shows:

He’s written and co-written over thirty-five plays, many of them performed throughout the world, including: Murder At The Howard Johnson’s, Weekend Comedy, Getting Sara Married, and Hamlet II (Better Than The Original). Twenty four of them have been published by Samuel French.

Born in Chicago in 1932 he joined the Air Force after his first year in college following a futile attempt at accounting. It was in the Service that he commenced a writing career as the editor and sole contributor to “The Tribe Scribe” – a bi-monthly politically incorrect base newspaper which, while very popular with the troops, was not held in the highest esteem by the military bureaucracy. After three years, nine months and twenty eight days in the Air Force he was honorably discharged and attended and graduated from the University of Illinois.

He soon made his way to New York where after several years of living on hot dogs and jelly donuts he landed his first big job as a writer for the legendary Captain Kangaroo children’s program. His TV writing career is long and varied, and includes The Andy Griffith Show, Get Smart, and The Smother’s Brothers Comedy Hour.

It was while doing The Kraft Music Hall in New York that he became involved with theatre, co-writing his first play NORMAN, IS THAT YOU? which has been produced throughout the world.

A prolific talent, he has also composed songs which have been recorded by Elvis Presley, Brian Ferry, and Los Lobos. He also co-wrote all the songs for the two MAD Magazine albums, MAD Twists Rock ‘N’ Roll and Fink Along With MAD – both of which have become collector’s items.

Recently – he and his son Joey wrote and released a hilarious but wickedly rude CD called Totally Twisted Country sung by the great country and western group The Cow Pies.

He is married and lovingly-devoted to playwright Julie Stein with whom he co-wrote several plays (including THE OUTRAGEOUS ADVENTURES OF SHELDON & MRS. LEVINE and LENNY’S BACK (a one man show about the legendary comedian Lenny Bruce).

Besides his son he has two fantastic daughters Lori and Steffy, two wonderful son-in-laws, Caleb and Geoff, one magnificent daughter-in-law, Linda and two outstanding grand-children, Ariel and Joshua.

Ed Scharlach, another multi-talented writer who wrote for both television comedies and more serious stuff, like Mike Hammer.  Click here for a list of his extensive television writing credits.

He has written and produced more than 300 episodes of TV comedy, including: segments for classic shows such as “The Odd Couple,” “Happy Days,” “Mork and Mindy,” and “Love American Style.” He also penned pristine episodes of acclaimed variety shows like “The Dean Martin Show” and shows for Steve Martin, Bette Midler, and Jay Leno.

He is also worked for several TV hour mystery dramas include writing/producing for “Mickey Spillane’s Mike Hammer” and writing for sci-fi classics such as “Quantum Leap.” 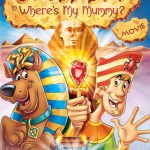 His writing/producing also include such acclaimed animated series as “Duckman,” “The Wild Thornberrys”, “Pinky and the Brain,” the pilot for the cult favorite, “Invader Zim, as well as producing the TV series revival of the famed “Scooby-Doo” franchise.

His work as been heralded in TV Guide’s “101 Best Written TV Series,” as well as in TV Guide’s “100 Greatest Episodes of All Time.” He is an Emmy, Annie, and Writer’s Guild Award nominee and the winner of a Cable ACE award.

He also happens to be one of the kindest and most beloved human beings in the entertainment industry. 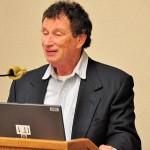 Arnie Kogen, another major comedy writer and producer joins the group tonight.  Mr. Kogen has written for many of the major stand-up comedians, including Don Adams, Soupy Sales, Jackie Gleason and Johnny Carson.  Not only did he write for many television shows, but he wrote for years for our favorite Mad Magazine.  Click Here for a list of his credits, and Click Here for the list of Mad Magazine pieces. 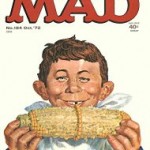 For over five decades he has been one of the leading contributors to Mad Magazine.

He has been planning on writing a novel but doesn’t have enough material. He feels he has a “leaflet” in him.

Periscope fans:  We will broadcast live stream from time to time during the show.  Click on L.A on the map and find ottofocus44 between 7:30 and 9pm.